REVIEW- The Duff: On hierarchy’s, false empowerment and Mae Whitman being a total f***ing angel 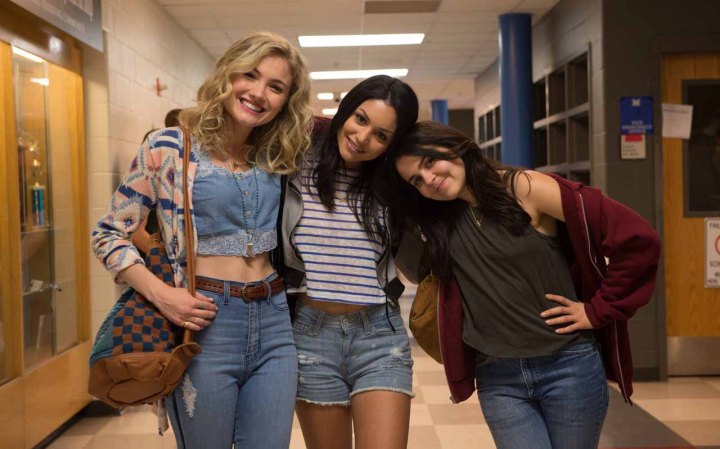 When The Duff was called a ‘new classic’ of high school teen flicks, the best since Mean Girls, I knew I wanted to check it out. I really had no idea what it was about, and once finding out, I was unsure – on premise alone I don’t think I’d have given this a chance. ‘Duff’ is acronymous for ‘Designated Ugly Fat Friend’. When you think about how such a label is being plastered on to Bianca (Mae Whitman, angel of our generation), a typically skinny, pretty, white girl, it just seems off. If they wanted to make a film about the misogyny which casts asides girls who don’t meet the ideals of beauty standard, they could have at least cast a girl who fit that image. This may be an unfair criticism; the film does explain, at long length, that the eponymous ‘Duff’ is simply anyone who exists solely to make their friends look hotter, more appealing to the opposite sex, cooler – they’re the bottom rung of the ladder of high school hierarchy.

The premise then, is at the same time deliberately provocative and an attempt to be empowering (there is the inevitable ‘we’re ALL duffs!’ scene, of course). I’m not sure The Duff empowered me at all, for all it’s attempts to sell a feel good message. That aspect of the film felt sticky and false, and in honestly, still a bit mean. I know it’s probably a rite of passage by now for the heroine of a high school film to go through an intensely humiliating crisis in the overly judgemental halls, but I just spent the whole time feeling sorry for Bianca, like there was nothing she could even learn from it. That’s probably testament to Whitman’s acting, if nothing else. She carries The Duff  on both shoulders and gives it life from within and I suspect she’s the only reason this narrative of transformation has any way. Her chemistry with Wesley (Robbie Amell), childhood friend and neighbour who she hires to help her break out of Duff-dom is fresh and funny, and her individual comic talents are showcased superbly. Throughout her career, Whitman has played a ‘Duff’ character multiple times (‘Her?’) and here, ironically, she’s almost given an opportunity to bring that all crashing down.

Supporting performances from Bella Thorne, Alison Janney and Ken Jeong are solid and though towards the end the plot becomes unconvincing and contrived, it doesn’t really matter. The Duff isn’t the best teen film I have ever seen, and it’s not even the best homage to the greats I have seen (Easy A forever), but it does fit in comfortably in the 2010’s cannon of teen films – it’ll probably be remembered, and that’s success in itself.