Before The Breakfast Club, before Pretty in Pink there was Fast Times at Ridgemont High, a high school comedy released in 1982. Featuring an almost unrecognisable and very young Sean Penn as the typical stoner dude “Spicoli” and a cast who play a host of other characters that all fit into your classic US high school clichés: the oddballs, jocks, prom queens etc. Fast Times was one of the first 80s teen movies and from a decade that became saturated with them, sticks out as being one of the best. It is probably most famous for “that” pool scene with actress Phoebe Cates, but it should be remembered for being a true 80s classic.

With a plot line that has been done to death; aka teenage love and life at high school, it could have been pretty run of the mill, however Fast times delivered in pretty much every aspect. First off, it’s absolutely hilarious, the interactions between self-proclaimed ‘fast food king’ Brad and stoner Spicoli in particular had me howling, and the small comedy occurrences in the background make this movie a truly funny experience. As well as the humour, the characters are well rounded and explored well enough that you feel a good enough connection with them to care what happens, something many high school films fail to achieve. As soon as the opening credits arrive to the end credits you enter a 1980s paradise; the soundtrack is absolutely glorious, featuring music from Oingo Boingo (later to be most well known for the Weird Science theme tune), it is a constant barrage of synths and heavy drums beats. Something I personally feel needs to be brought back as soon as possible.

What makes Fast Times so great is that it’s not trying to be arty or quirky or anything other than what it says on the tin; a solid, funny teen flick. The director Amy Heckerling certainly laid the groundwork for what makes an excellent teen film with Fast Times, not only for the genre in general but also for her much more famous work Clueless. What is interesting about this work is that a film made in 1982 had a female director – something that was not at all common then and sadly is still not a regular occurrence now. Heckerling definitely proved that women can make films that include sometimes crude humour and conquer genres dominated by men e.g. comedies. Turning any pre-conceived notions of female film work on their heads and allowing other female directors to follow in her successful footsteps.

Overall, Fast Times at Ridgemont High is of course a product of its time and in some aspects, seem dated – but what keeps me coming back to it and what makes it one of the best of its genre, is that the characters and the situations they face e.g. unwanted pregnancy, dating dilemmas etc. are all things that teenagers of any generation experience or can relate to, which once again makes it strange that it was so overlooked. I do not understand why it did not perform that well at the box office on its release but I can totally see why it garnered a cult following as the years went on – because Fast Times gives you everything you could possibly want from a higher rated teen comedy: sex, drugs and humour. Things we as an audience will never stop wanting. 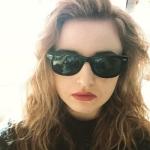 Megan is a nearly 19 year old from Cambridge, based in Manchester for university and has been in love with all things film ever since she can remember. Her fave films are The Terminator, Drive, Forrest Gump and Fight Club but she also has a huge soft spot for 1980’s John Hughes films. Her main interests include shopping for vinyl, eating too much carrot cake and making wall collages of 80’s bands for her and her friends. She can be found on twitter @megang96 and blogs at popdunk.

‘Schemers’ is a Rock and Roll Autobiography With No Introspection

Anthony Mackie and Jamie Dornan Charm in ‘Synchronic’, a Sci-fi that Buckles Under the Weight of Big Concepts

‘His Dark Materials’ Season 2 Strains Under the Weight of its Exposition, but Flourishes in its Performances

Why ‘Avatar: The Last Airbender’ is a Children’s Show With Ageless Appeal