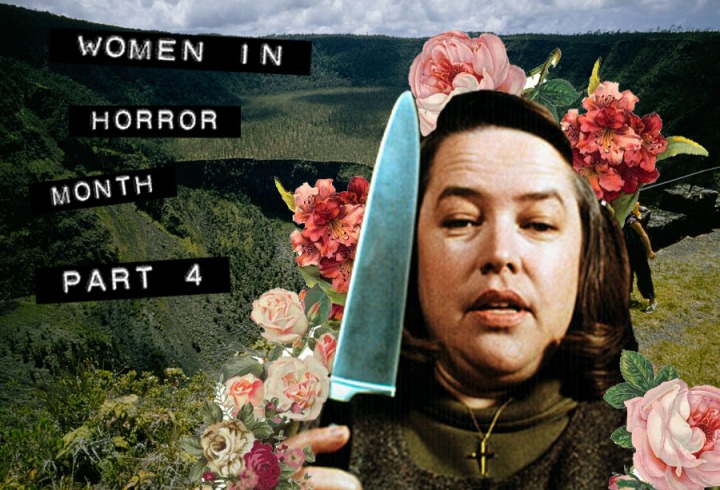 Women in Horror Month aims to showcase and carve out a space for women in the horror genre. Whether this be behind the scenes, writing, directing, producing or on-screen badass-ery. A true celebration of everything bloody and brilliant. During the month of February, here at Screenqueens we’re going to be showing off masses of female talent in our showcase, this could be anything from amateur experimental shorts to festival circulating features so keep your eyes peeled.

Samantha Ferguson, is 21 and an aspiring horror film writer/director. This is the film she wrote and directed for the final part of her film degree at Deakin University, Melbourne. The script was selected along with about 10 others by a panel of industry specialists and at the end of the year, they were awarded Best Director and Best Producer at the graduate screening. In March she’ll be starting her Honours year and will hopefully be making another horror short. Her tumblr is www.sansasharkk.tumblr.com.

ORIGIN is the story of a dead girl slowly losing her mind as she reflects on the events that lead to her untimely death.

Shelly Stokes is the producer of the short film Soulless. The film was directed by Monique Guggino. The pair have been friends for 18 years (originally due to their love of horror movies), and have been doing short films together for the last 4 years. The inspiration for this was to make a zombie film that had fairy tale elements of course, she’s not sure the Brothers Grimm imagined head-bashing and soul sucking in mind when they made their stories.

Soulless is a tale of how people react to dangerous times, and even the best intentions have deadly consequences.

BJ Colangelo and Is a horror journalist (Day of the Woman, Icons of Fright, Bitch Flicks, Graveyard Shift Sisters, & Playboy) and filmmaker. She wrote and produced the film Seven Minutes while her boyfriend and production partner directed.  She also did the special FX make-up and covered just about every other aspect of running the set.

Seven Minutes is about five friends enjoying a night of drinking, but a game of “Seven Minutes in Heaven” makes things more than awkward.

Lily Hall Hartley is a seventeen-year-old filmmaker in Phoenix, AZ. She;s had an interest in film, specifically horror, since she first watched The Blair Witch Project when she was 10. For the past few years she’s been writing and working on set for as many productions as she can in order to gain experience. Last year, she was finally able to produce one of her own shorts, “Bro.”

Bro tells the story of a teenage boy who moves to a new town with his family, only to find that it is run by a gang of hive-minded skateboarders, hell-bent on assimilating everyone into their collective.

Brooke Chekofsky lives in Gainesville FL and teaches children, makes music and draws cartoon animals ALOT. Brooke and her ex-partner, Jack made the short for a contest (but turned it in late so didn’t win anything). It was only shown once at a bar that’s now closed down so it hasn’t been circulated. Brooke wrote the script, and Jack made the music and did a majority of the filming. Using the Wizard of Oz line was a part of the contest rules.

‘Give or Take’ Explores the Secret Lives of Parents