‘Writers Choice’ is a monthly segment. Each month a theme will be chosen and the contributors asked to choose a film to mini-review based around said theme. This month’s theme is ‘new start’. 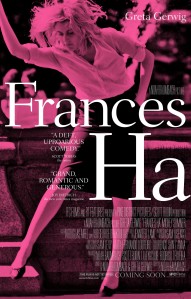 Frances Ha is an uplifting depressing wonderful film. I’m such a fan of Noah Baumbach and his film, starring the floating, kooky charmer that is Greta Gerwig, is no exception to his definite style.

Starting again is so present throughout, and so reflective of an age. Although I haven’t (thankfully) reached it yet, the idea of being at a crossroad and deciding maybe indefinitely your future and where you actually want to be in the world, often partnered with disappointed ambitions and sacrificed relationships, is constant.

New starts are so significant in life and Baumbach’s film kind of styles its way through new living arrangements (in the beautifully cinematic black and white New York), career changes, the kind of fizzle of relationships, as well as new discovery, and the acceptance of a new chapter of life. –Zoe Brennan 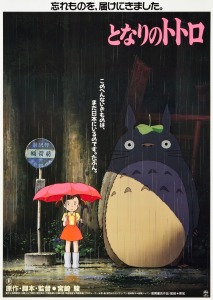 In My Neighbor Totoro, Hayao Miyazaki’s colorful fairytale, a new start brings about newfound joyful discoveries. A father and two young girls, Satsuki and Mei, move to an old house to be closer to their mother, who is in the hospital recovering from a long-term illness. This new start may have not started off in the best of circumstances; a sick parent is hard on any family.  But they are confident that she will see her illness through and recover. Moving can also be hard on families. Going from the comfortable familiarity of your home to a completely new one can be a difficult transition. For two little girls, it’s certainly scary (even if it’s for the good of being closer to their mom) especially when they find little dust-like spirits in the house! Eventually the girls befriend even bigger spirits, those of the forest. Dubbed by the girls as a “Totoro”. The Totoro also introduces them to a Catbus, (which is exactly how the word is spelt) who can fly through the air. While their new beginning into a new home may have been scary at first for the girls, it yielded wonderful things for them, meeting the magical creatures. In the end, we see that Satsuki and Mei’s mother recovered and returned home, ready to make new memories there as a complete family. –Caroline Madden 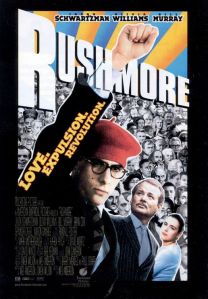 ‘Yeah, you seem to have it pretty figured out.’

‘The secret, I don’t know. I guess you’ve just gotta find something you love to do and then, do it for the rest of your life. For me, it’s going to Rushmore.’

For a 15 year old boy, that statement is equally worrying, preposterous and sweet. Most teenagers can’t wait to get out of high school, but Max Fischer can’t ever see himself leaving the private school, a place which is almost like a huge passion project for him, of both slacking off and ambition. Wes Anderson’s sophomore endeavour takes the name of Max’s beloved school, only to oust him from it. Max has to make a new start in a public school without the funds or time to support the scheming and rich education he’s become accustomed to. Watching Max attempt (or you may argue not attempt at all) to integrate into his new school is pretty painful – he’s still swept up in the drama’s of Rushmore and Herman Blume and Rosemary Cross. Rushmore becomes a metaphor for focusing on something you shouldn’t. It embodies Max’s reluctance to interact with his peers, to make real friends and indulges in his toxic tendency to surround himself with unfocused, unfruitful distraction.

Eventually, Max utilises the fresh start he’s been given, staging a successful play, winning hearts and respect. Max was always a talented kid, he just needed to apply himself to the right things. In Rushmore, a new start represents real opportunity from what are, at a careless first glance, dire circumstances. 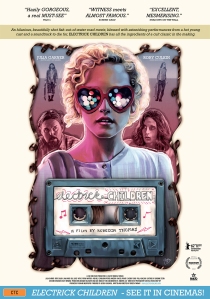 A couple months ago, I was in a store when I discovered a book that lets you generate story ideas by mixing and matching different cards. The results can get a little ridiculous, but also incredibly interesting. Electrick Children, written and directed by Rebecca Thomas, is a film that has such an obscure plot that it seems as if Thomas had to have used a story generator just to think of it. To give a brief synopsis, the film is about a 15-year-old girl named Rachel who was raised in the country as a Mormon, but decides to escape to Las Vegas when she is convinced that a cassette impregnated her. Turns out, Thomas was actually a Mormon who grew up in Las Vegas. Still, I love how her own unique life sparked the idea to create this film. When I was a kid, I lived in Las Vegas. Although there is a constant hype over that city, I always thought it was too grimy to be depicted as anything special. Thomas was able to transcend this location and make it appear magical and otherworldly. The lights that glow against Rachel’s face when she first walks through Las Vegas makes it look as if she’s entered a different dimension. The film is unconventional, but it’s so easy to empathize with Rachel. We’ve all probably experienced a time when we did not agree with certain aspects of life that our parents expected us to follow. Rachel decides to leave her parents’ obligations in order to figure out the mystery behind the cassette, and to ultimately seek her own destiny by starting over and creating her own life while meeting friendly strangers along the way. –Cristina Vazquez de Mercado 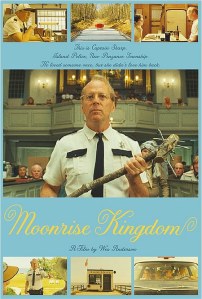 Wes Anderson loves to make films about starting fresh and going on new adventures, Moonrise Kingdom is no exception. Sam Shakusky and Suzy Bishop, both 12 years old are each respectively tired of their lives. Shakusky has ran away from Camp Ivanhoe Scout Camp and Suzy is frustrated with her family when they meet at a play Suzy is part of. The pair begin a correspondence and agree to run away together beginning a whirlwind romance.

Their new start together takes them to beaches where they dance to Francoise Hardy, camping out and sharing a first kiss as well as Fort Lebanon, another Scout Camp on an island where they wish to be married. The pair are hunted down first by Shakusky’s other Scout’s, the Social Services, Captain Sharp and Suzy’s parents.

It seems ridiculous that 12 year olds would have something that horrible that they want to run away from it, 12 year olds in 1965 would have been outside playing hopscotch or something, not plagued by desperate romantic urges and a strong urge to rebel. Maybe this is where Moonrise Kingdom succeeds so much at engaging universal audiences; there was once (and probably still is) a point in everyone’s lives where they see their problems as the biggest in the universe, and as you grow older you realise that even though it seemed like the end of the world at the time, looking back it wasn’t so bad. As we grow up we constantly start over, taking into account our learning curves from the previous years and often revelling in nostalgia whilst we do so. –Chloe Leeson