4 Slasher movies to prepare you for Halloween

I love ‘slasher’ films in a “they’re so bad that they’re good” kind of way. I love that they’re usually the perfect blend of violence, suspense and comedy. Scream is a perfect example of this because the character of Scream (from the first film at least) is so laughable in the way he just prances around in that stupid costume, but then stabs some annoying teenager just to add a bit of substance to the whole thing.

I love how most slasher films have essentially the same plot- whether it’s some guy in a hockey mask like in Friday the 13th or some guy with a hook like in I Know What You Did Last Summer, you know what you’re getting with slasher films and you know a few teenagers are going to get murdered along the way (why is it always teenagers?). As well as this, slasher films are great to watch with friends because you can talk throughout 90% of the film and still know what’s happening. Here is a short list of super fun slasher films and why I love them. 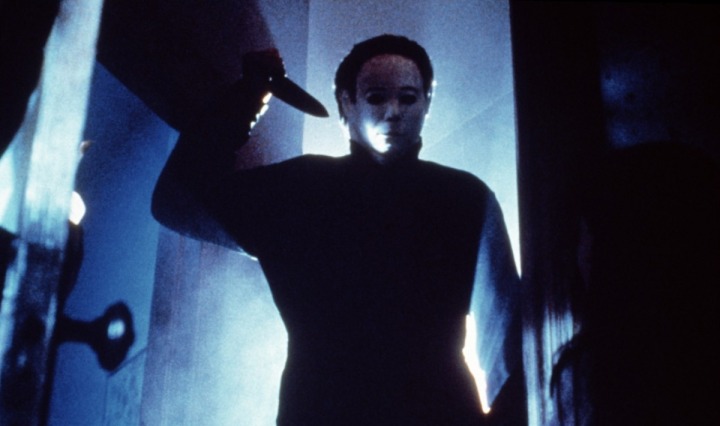 Everyone in the whole world seems to love Halloween so I had high expectations when I watched it. It may be dated now considering it was made in 1978, but what it lacks in shocking horror it makes up for in suspense. Starring Jamie Lee Curtis, it’s such a cult classic and if you like it you’re in for wild times because there are about 97 sequels to watch.

I have a kind of unhealthy emotional attachment to the Scream films. The first Scream film is one of my favourite films because it introduced me to the kind of slapstick comedy/extreme violence combo that makes ‘slasher’ films so great. Scream is about a masked murderer killing innocent teens in a small American town. The first and fourth are the best in my opinion, but they’re all worth watching, just for Courtney Cox and David Arquette if nothing else.

I’ve only seen this film once but I remember thinking it was better than the sad IMDB rating of only 5.4/10. This film is painfully similar to Scream (it’s made by the same people) and it stars young Jared Leto, which are all the reasons you need to be persuaded.

arguably this isn’t a traditional ‘slasher’ film- there is no psychotic maniac casually bringing teenagers to a violent end- but I love final destination because of its originality. All five films are about a freak incident in which for some reason a few lucky teens escape. The film follows their lives as one by one they get killed in the most stupidly horrendous yet hilarious ways.