FILMS THAT CHANGED MY LIFE: The Breakfast Club 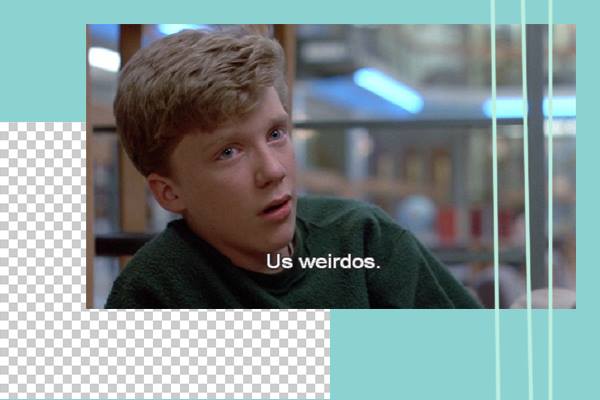 I was not the most popular 13 year old. I was fiercely snobby about my music, books and films and eschewed what my friends told me was normal. As a result, I was often called ‘weird’ and ‘a freak’, which just made me retreat further into the soft cocoon that books and films provided. I had these tentative feelings of wanting to be part of a group- to emerge like a shining butterfly, dazzling all around.

Enter onto the sad stage of my life, The Breakfast Club. The synopsis of the film is fairly simple- five teenagers get stuck in all day detention (does that actually happen) and bond over illicit weed sharing and enthusiastic dancing. It’s classic teen film material but unlike its predecessors it’s more realistic, recognising the feelings of angst and alienation that teenagers invariably suffer from. Parents are criticised, futures are dreamt of, feverish crushes made- Written and directed by John Hughes ( the undeniable king of 80’s teen films) and released in 1985, it feels like a true reflection of teenage life, despite the fact that it was made over 25 years ago.

Well, why is it so great? First of all, it begins with a David Bowie quote that is all about angst, alienation and how wise teenagers are in the face of patronising adults – do I really have to elaborate on that? IT’S DAVID BOWIE. Secondly, it refuses to adhere to the stereotypes of most teen films, realising that the things that make up the components of each character- Brian is a geek. Allison is a shy goth, Bender’s a juvenile delinquent- are not necessarily bad things, but just another side to high school life and therefore humanity. Claire and Andrew, the self- professed popular people realise that it is they who should readjust their outlook rather than the others (although I guess juvenile delinquency still isn’t that acceptable)

Allison particularly is an amazing character. She’s lonely, yes, but she’s also fabulously interesting and kind. I instantly allied myself with her and realised that I could find a supportive group of friends who didn’t see my personality traits as faults to be corrected. It gave me hope. It’s also a very realistic film. The characters admit that there is every possibility that they won’t be friends when they see each other again on Monday. Despite the poignancy of this, at least it’s honest. There are just so many good parts! The dance sequence, so carefree and joyful! Allison’ comment about slut shaming, still annoyingly relevant today (‘if you don’t, you’re a prude. If you do you’re a slut. It’s a trap’) the final triumphant scene featuring fist pumps and earring swaps. Sigh.

There are terrible faults that I find increasingly difficult to get past. The film predominantly focusses on white, middle class angst and it often becomes difficult to sympathise with Claire and Andrew. THE DASTARDLY MAKEOVER SCENE in which Allison is completely changed into a boring copy of Claire. This made me feel bad, being a small, shy girl with gothic tendencies, especially since Andrew only kisses her after this happens. I wondered whether I would have to change to get someone to like me too. 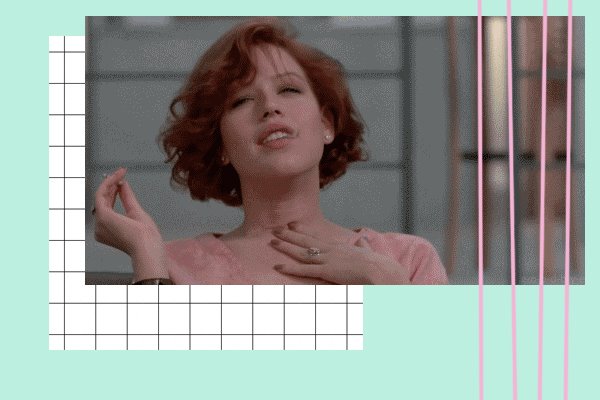 Despite these problems, the Breakfast club remains one of the only films I have ever seen aimed at teenagers that said being different and shy was actually okay. That said with the right friends and a good soundtrack, you can be happy. Allison, Brian, Claire, Bender and Andrew weren’t radically different to me and being a happy and fulfilled teenager, and therefore person seemed to be possible. I was able to face the fact that I was lonely and shy, knowing that it wouldn’t be this way forever. It gave me a tentative push towards the world of adventure that was waiting.

3 years on, I am no longer a caterpillar. I have purple hair, a new confidence in myself and best friends who I adore.  Each of them has seen the breakfast club and loved it. It did its job well.