Sofia’s World: A look into the filmography of Sofia Coppola

There is something oh so special about Sofia Coppola’s films, a distinctive style and mood that just makes them so…Sofia. It’s as if you get to slip in to her beautiful, dreamy world and you find yourself desperately wishing that she directed your own life. I love that she seems very comfortable and confident about what she does. Anyone who’s ever worked with Sofia says that she’s very specific about what she envisions. In fact, she once said “I try to just make what I want to make or what I would want to see. I try not to think about the audience too much.” And that’s wonderful, because her world is beautiful.

This approximately 16 minutes long, black and white short film was Sofia’s debut in 1998. It’s always fun to see a director’s earlier work and be able to compare how much their style and work has or hasn’t changed, and Sofia is definitely the latter. In fact, the very first clip of the film is Sofia’s signature shot of somebody looking out the window from a moving vehicle (this signature shot has been used in all her feature films thus far). The film is about a clique of girls in the 7th grade who decide to poison some boys in their school after getting inspired by a book they were reading in class. However, the girls don’t follow through with their plan and the lead of the Clique, Chloe, becomes an outcast after a misinterpretation of something she said. Junior High drama was totally the worst. 7.5/10 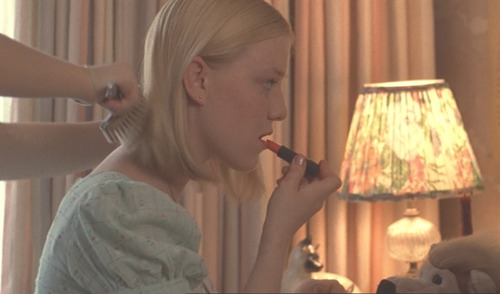 Oh, the Lisbon sisters…beautiful, blonde, eccentric and mysterious– it’s no wonder they’re obsessively watched by the neighborhood boys. The teenage boys who were so infatuated by the Lisbon sisters are now middle aged men and the film is told in mostly flashbacks to 1970s suburban Michigan as they recall their adolescent years of observing the sisters’ tragically brief lives. The film is enchanting and dreamy but at the same time dark, eerie and haunting.  The audience is transfixed by the girls’ tragic stories about feeling disconnected from the rest of the world just as the boys are. The Virgin Suicides was Sofia’s first feature film and what a memorable and remarkable debut it was. 10/10

Perhaps Sofia’s most well-known and celebrated film, Lost In Translation, follows the story of Bob Harris, a formerly well-known actor, and Charlotte, a neglected wife of a photographer. The two lost souls meet at a hotel bar in Tokyo and a friendship and love blossoms as they find comfort in each other’s presence in this bizarre and unusual world that they find themselves in. This film is slow paced and the loud sound of the city makes it hard for us to hear what the characters are saying, but those small and specific details Sofia put in this film is what made it so special. I have to admit that I personally had a slightly difficult time watching this film. As a half Japanese who has lived and visited Japan many times, Japan holds a dear spot in my heart. I found it difficult to watch this movie because there was not a moment where the Japanese people were seen under a positive light. They’re too polite, they’re too busy, they talk too much, and they don’t know the difference between the R and L pronunciations! Several jokes were made about the R and L pronunciation and I’m sure I might have laughed if my own name wasn’t the exact same problem that I’ve been struggling to explain to my teachers for years (“its Rena spelled with an R pronounced like an L”). Nonetheless, I still adored the film and oh, the ending. What a brilliant ending to a brilliant film. 9.5/10

This film has been criticized for its shallow writing and lack of context, but there’s no doubt that it is an incredibly stunning and extravagant film. The dresses, the pastries, the makeup, the hair; the film itself was like a delicate, frosted cake. Marie Antoinette was surely not an accurate historical representation, but it is a modern and fresh take of the young, Austrian-born queen (who Kirsten Dunst portrayed so wonderfully). A well exemplified scene of this is when we see a pair of converse sneakers in the mix of pastel kitten heels covered in large bows and sparkles. Modern pop music also blasts in the background for much of the scenes. Perhaps not historically precise but you have history class for that. 9/10 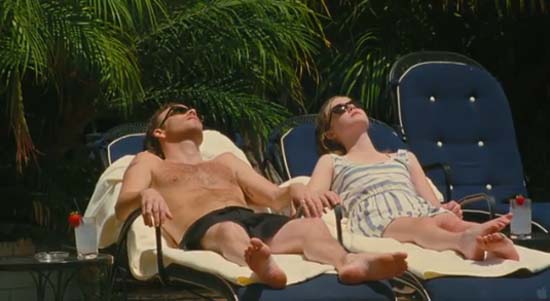 Johnny Marco, a Hollywood star, parties a lot, has sex a lot, and drinks a lot- basically a Hollywood celebrity cliché. When he is suddenly responsible for taking care of his eleven years old daughter, Cleo, he realizes he needs to start changing. It can be slow, but it’s thoughtful and intimate. Sofia Coppola gave the film a melancholy and a bit sad and lonely atmosphere similar to her other films. Elle Fanning and Stephen Dorff were both great for their roles as well. Some patience might be needed, but every scene was significant and I loved every second of it. 9/10 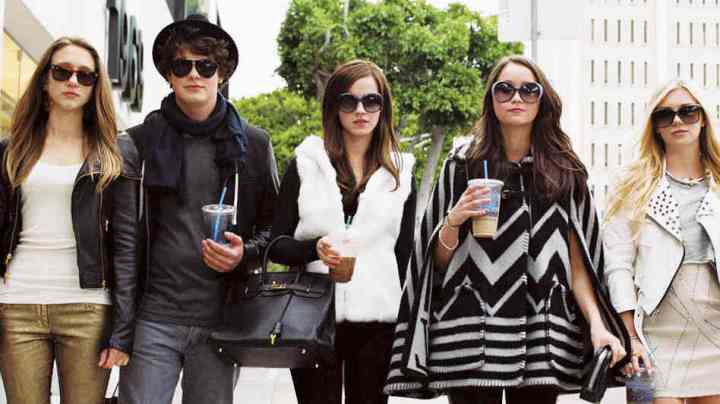 A much more obnoxious and loud movie compared to her others, The Bling Ring is about a group of teenage delinquents who rob their favorite celebrities. You know the kids are being stupid and reckless, but you find yourself hoping that the kids can get out of Paris Hilton’s or Lindsey Lohan’s house with those Louis Vuitton heels and designer jeans instead. Of course once the kids get away with the robbery and start foolishly bragging and posting about it on Facebook, you want nothing more than for them to get  smacked across the head and sent straight to the cops. It’s an outrageous and funny (well-acted, Emma Watson was hilarious) story about celebrity obsession that would have been a lot funnier and less disturbing if it weren’t all based on actual events. The only criticism I have would be that the film was a bit too repetitive and the resolution was too short. 8/10