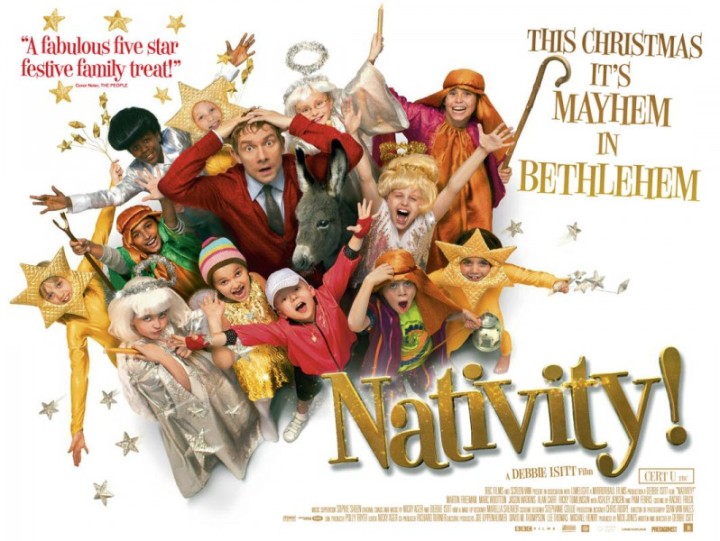 We rarely watch Christmas films as a family. Something to do with the fact we’re usually too busy frantically buying presents and when we do get down to watching a film, someone (usually me) falls asleep. However, Nativity! is one of the few Christmas films we’ve watched the whole way through.

We see primary school teacher Paul Maddens (Martin Freeman) accidentally start a rumour that a Hollywood producer is coming to turn his school’s nativity into a film. As a result, everyone believes him, and Maddens is forced to go along with his lie. Throughout the film, he simultaneously attempts to devise a successful nativity play and find a Hollywood producer who will watch it. The rest of the cast includes Maddens’ ex-girlfriend (Ashley Jensen) as well as his class of children and child-like classroom assistant.

Nativity! is a light-hearted, heart-warming film that doesn’t require a lot of concentration, but does include everything a Christmas film should: a moody protagonist who goes on a journey of loathing Christmas to loving it, Christmas songs that bring everyone together at the last minute, and a breakdancing 10 year old. Well, maybe the latter isn’t a typical feature. But it is a great film if you’re looking for something cheerful to put you in the Christmas mood.

DOES IT PASS THE BECHDEL TEST??

As far I’m aware, I don’t think it does, as there aren’t a lot of women in the film. Although in fairness, a large majority of the cast is made up of children and it’s difficult to assess how well a film presents women when there isn’t a strong presence of adults in general. But moving behind the scenes, the film was written and directed by Debbie Isitt, who proves that women are more than capable of creating successful comedy films.

Tagged as: Anything and Everything, Christmas, georgia, List of Christmas films, Martin Freeman, Nativity